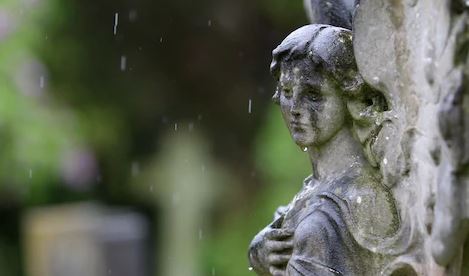 A 2018 Series on the power of miracles in GNJ

PALMER TWP, PA – When Rev. William Spangler was at the beginning of his ministerial career as a local licensed pastor (LLP) serving the former Glen Gardner UMC, a rural church in Hunterdon County, an 11-year-old church member’s son died from a sudden onset illness. His funeral was held in the church, but the burial was to take place in Palmer Twp. PA.

“There were probably 50 cars in the procession,” said Spangler.  “At the toll plaza in Phillipsburg, the heavens opened up with a violent thunderstorm; the thunder and lightning were literally constant and remained so to the cemetery.”

The gravesite was at the far end of cemetery.  As Spangler stood under the canopy watching dozens of people walk across the field holding umbrellas, he began a prayer intending to ask God to remove the dangerous lightning from all the folks holding, in effect, lightning rods in an open space.

“That was my intent, but the funeral director interrupted me with a question,” said Spangler. “I answered it, thinking that I must finish the prayer. Before I could begin again, I became aware that the thunder and lightning had stopped.”

Spangler stood in the rain, awed.

“As a beginning LLP, my personal thought was, ‘How could this be?’ but my pastoral thought was ‘God can do anything, even answer an un-voiced prayer!’”

The Relay invites readers to share their miracle stories. If you have a story you would like to share, please email Josh Kinney, Editorial Manager at jkinney@gnjumc.org. Please share this information with other church leaders and members.

“God is creating signs and wonders in GNJ and there is even more God wants to do,” exclaimed Bishop John Schol. “God wants to continue working through the United Methodists of Greater New Jersey so that miracles of healing and transformation occur across GNJ and around the world.”