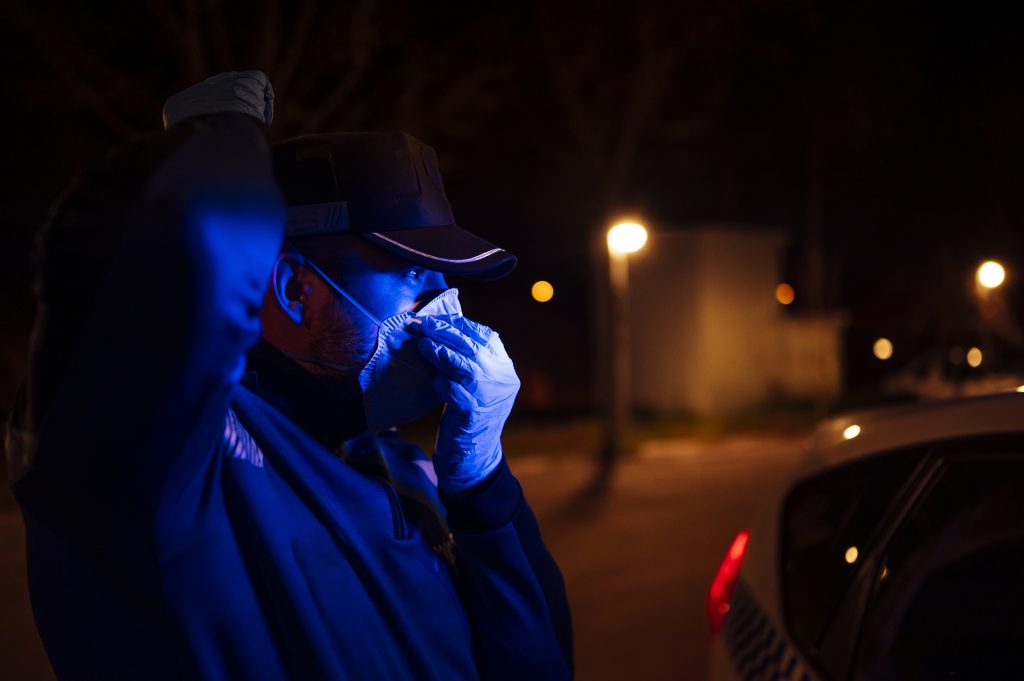 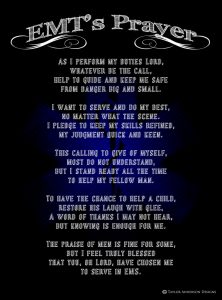 People throughout Greater New Jersey continue to lead through this difficult time by tapping into their own inner strengths and relying on others from all faiths to make them even stronger.

For Deb Stewart from Pearl River UMC, protecting the community is in her blood. Raised among a family of firefighters, Stewart took the natural step toward becoming an Emergency Medical Technician (EMT) over 30 years ago. The dedication to helping others has clearly not skipped a beat with the arrival of COVID-19.

In addition to being an EMT, Stewart is also a chaplain. She recognized about five years ago when she witnessed a fire chaplain comfort a grieving family member that her job was more than just physical medical care.

“Sometimes my job just means comforting someone. It’s called psychological first aid, and it’s my favorite thing to do. That little kid we encounter is going to remember how friendly we are, and that’s just as important,” Stewart said.

Every day the New York native brings her whole self to her job.

Stewart digs deep to find the courage and strength to treat her clients. “I rely on my faith to do my job. I say a prayer before I go on every call,” said Stewart who wears angel wings on the corner of her jacket. “We all need to have a heightened sense of awareness no matter what the case is.”

With COVID-19, Stewart said her job is busier and more complicated. She rushes to those ailing from the virus, but some of the calls are met by death because the client has already succumbed to the virus.

She said she has received a lot of support from her pastor, Rev. Gabrielle Martone who is also a former chaplain, as well as other EMTs in the field.

“We also have to deal with our normal workload outside of COVID. People tend to forget all the other cases,” said Stewart who added that the transition back home to ensure that her family is safe is also difficult. The commitment to helping others runs deep in her family though as her husband is also an EMT, and their 19-year-old son works for the fire department.

Keeping the Streets Safe in Hamilton
Lt. Christopher Prychka of Hamilton Township Police Department in Atlantic County has been working with First UMC in Mays Landing since April as part of the Township of Hamilton Cares Initiative.

He called that cohesive partnership within the community a wonderful experience and lauded the volunteers as “heroes.”

“This is very challenging. A lot of the resources we used before we can’t use anymore. We have to rely on different methods to move forward,” said Prychka who has been with the same police department for the past 23 years. Prior to this, he served three years in the Army and five years in the National Guard.

In April he was one of four members of the police department promoted during its first meeting streamed online under the state’s COVID-19 restrictions. This follows an Exceptional Service Award he received in 2018 and a Certificate of Appreciation in 2012.

“Like most of us, I became a cop because I wanted to aid others, and that hasn’t changed,” said Prychka who has a bachelor’s degree from Fairleigh Dickinson University (FDU) and recently finished up a Master of Science in Homeland Security, also at FDU.

In addition to his role as lieutenant and working with community members to feed the hungry, Prychka said he is working on getting everyone in the police department tested for COVID-19.

“It has been wonderful working with the volunteers. It has been a great partnership.”