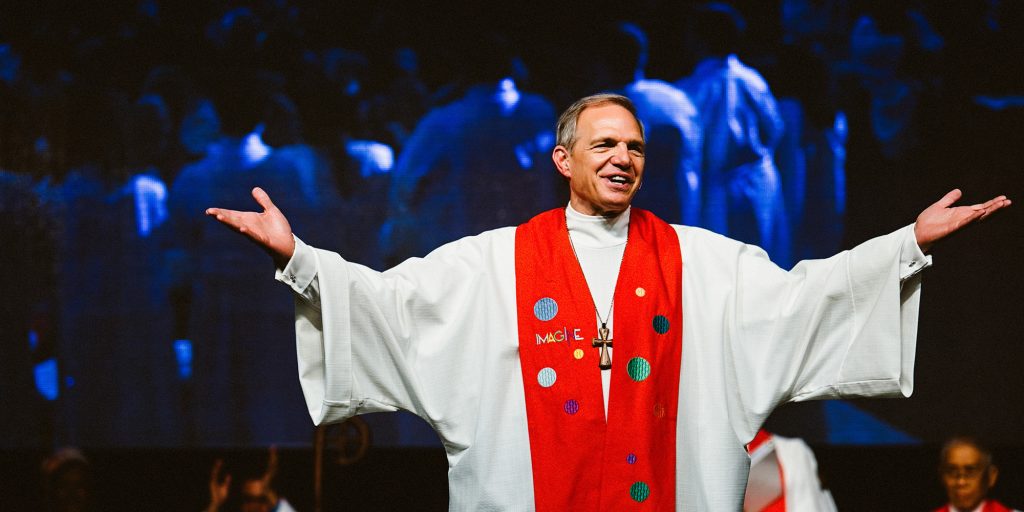 Choosing Well – The Five Temptations of a Leader

(Adapted from Patrick Lencioni’s 5 Temptations of a CEO)

Leaders are faced with choices every day. The choices generally have a common question.  , Will this choice further the mission or will it help the leader?   When we read the Gospel, every decision Jesus made had a common thread; it furthered the mission of God. Generally, they were the harder choices, the harder roads to travel and did not elevate Jesus’ status.

When faced with a decision, leaders are tempted to choose actions that will not jeopardize their role or ones which  advance their  position. Putting career or leadership attainment over results and fruitfulness is tempting and has become part of the culture of the church. We value roles, titles, degrees and status. We mark these achievements with symbols to denote accomplishment – when I became a bishop I was given a pin to wear that noted I was a bishop. When a clergy person is ordained, they are given a stole indicating she is ordained.

In the Hebrew Scriptures, God continually reminded the people that to be chosen was not a status or privilege but a responsibility. God chose people not for a role but to further the work and ministry of God on earth. Instead of focusing on career or position attainment, why not ask yourself this question monthly: “What is different because of my leadership?” The answer will focus you on being faithful to your calling and the mission.

Temptation 2 – Seeking Happiness or the Need to be Liked

Accountability is hard work and it can make people feel uncomfortable. Accountability is not being mean, demanding, controlling, or directive but clear, forthright and principled. If someone turned in work that did not meet the expectations for the ministry or mission, which would you rather the leader say, “Thank you John for turning in your work for the project.” or “John, I have seen you do better than this and the mission and I need you to do better work. Was there a miscommunication or didn’t you understand what was expected of you for this project?”

Leaders might want to give the first response because it is the path of least resistance and does not make the other person uncomfortable or unhappy. That is the temptation. The second response, holding someone accountable, may save the person’s career, role in the church or the opportunity for receiving more important projects. Accountability is hard work and the mission moves forward when we all expect people’s best for God. Jesus was constantly holding his closest friends and disciples accountable for their thinking and actions.

We all like to be right. Nobody wants to be wrong. But what happens when the desire to have the right, accurate, correct answer gets in the way of moving forward? I have invited United Methodists in GNJ to start 100 Hope Centers, five in every county. We have 21 counties in GNJ so five in every county doesn’t add up. I am not even sure five per county is the right number. Maybe it is more, maybe less. While I do not know what the “right” number is, I do know the church needs to be centers of hope, to connect with the community, particularly with children and youth in ways that are transformational, which is something a Hope Center can do. Within a year we have eight Hope Centers and seven under development.  We are moving forward.

Sometimes we over research.  We try to so hard to be accurate and arrive at the perfect way to go about something that we second guess or worse, take all the energy and excitement of trying something new. I believe we would not have one Hope Center if we worried  about what is the right number.

Leaders need to be directional rather than precise, to plan for direction rather than exactness.  They need  to recognize we will gain clarity as we move forward rather than trying to have everything just right from the outset. Precise and accurate is very important for engineering but not for ministry. Shaping lives is very different than shaping steel. Choose clarity and direction over being correct when planning and organizing for people’s lives. Let the people make mid-course corrections along the way. Point to the destination and have clear desired outcomes that allow people and the Spirit to work together for God’s ultimate perfection. There is a difference between excellence and perfection. Excellence is excelling at what you do. Choose excellence over perfectionism and accuracy.

While a team working in harmony is desired, it cannot avoid conflict. Avoiding conflict to maintain harmony is not leadership. Leaders who seek harmony and avoid conflict stunt the growth of both people and ministry. Conflict is necessary for growth and development. Conflict is two ideas vying for the same space. It is neither bad nor good, it is only two ideas that seem to be different. Everything, whether mechanical, human or organizational, moves forward with friction and tension. Leaders who create false harmony by pushing conflict below the surface or ignoring it, create unhealthy tension that slows and even halts progress. There are congregations that would rather be happy and dying than challenged and growing. They seek to avoid conflict at the expense of the future of the church.

A healthy leader allows conflict to emerge and skillfully leads a group through the conflict. Conflict and differences sharpen ideas, clarify issues and when engaged in well, grow missional unity and commitment. Healthy leaders become curious when they encounter conflict – “Tell me more about what you’re thinking (feeling).  How did you come to that conclusion?  How will your idea help us move the mission forward?  What do others think about this idea?”   When people see the leader is not anxious about the issue, and is non-defensive and even comfortable in exploring the conflict, the group’s tension often lowers to a place where people can engage well. Denying the conflict or wanting everyone to “get along” hurts progress. Jesus welcomed conflict and told parables about conflict so that people would grow in their relationship with God and one another.

When was the last time you heard a leader say, “I was wrong” or “I don’t know”? Leaders tend to think people want them to always be confident, never in doubt or wrong. People don’t want a leader who is often wrong and they don’t want a leader who is always right. They do want a leader who can admit when he is wrong. Vulnerability is healthy. When a leader becomes vulnerable, it allows the group to go deeper in truth telling and searching the depths of an issue. Leaders who are guarded, who need to be seen as right or always play it safe are leaders who are obeyed but not always followed. People value a leader who is human. For the leader, it is a tricky balance of being among the people and yet remaining the leader. The guarded leader, who seeks safety by keeping distance, is not a connecting leader. People want to know the leader is real and understands and experiences their challenges, yet is objective enough to lead them through their challenges.