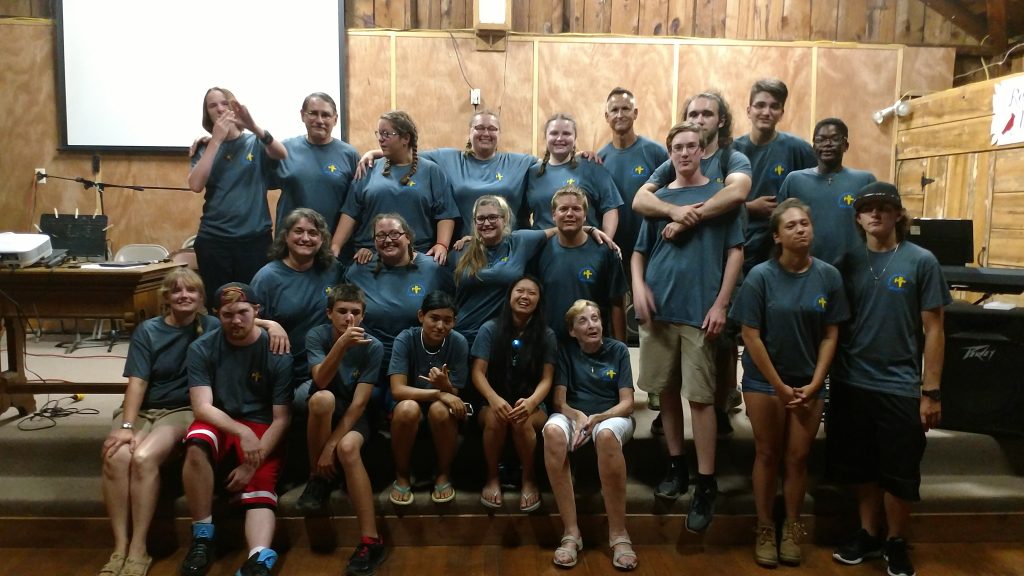 NEPTUNE – The Red Bird area of Kentucky is deep in the heart of the Appalachian Mountains. And while the immense countryside and rugged mountain ranges are a sight to behold, within this area of the country there is also extreme poverty and high unemployment rates. The lack of jobs, inadequate housing, and isolation of this rural region has resulted in the Red Bird area, and the counties of Bell, Clay, and Leslie included in the top twenty poorest counties in the U.S.

For the past 17 years, Neptune Township’s Hamilton UMC members have made it their personal mission to return to Beverly, Kentucky each summer to assist the needs of Eastern Kentucky residents where 17% of the population lives below the federal poverty level. Named the Red Bird Mission, this year’s trip will take place August 12-19.

Jessie Tilton, Youth Pastor and Mission Team Leader of Hamilton UMC, said she has been on the Red Bird Mission journey 15 times. She became involved during her teens while attending the youth program at her church.

“I go year after year because this place and these people have become like a second home to me. To work in an area where there is so much need is an honor where we serve as God’s hands and feet in this community. Hamilton UMC has a heart for missions and Kentucky was first brought to our attention by the youth director 16 years ago. We were introduced to Red Bird Mission Work Camp and have attended the camp each summer since that time,” she said.

According to the Red Bird Mission website, the work camp is for improvements to homes in the area. Each year there are more than 3,000 volunteers who repair over 200 homes and help improve living conditions for area residents. Founded with just a school in 1921, today it has grown to a full-service mission of the United Methodist Church, the only one of its kind in the country, serving more than 14,000 people annually.

Hamilton UMC Pastor Jessica Campbell added that this would be her third summer going to the Red Bird area and she is elated to take the trip once again with her fellow church members.

“Going on the mission trip has been a deeply transformative experience for me in not only in getting to know the members of my congregation but also in seeing how we are serving as God’s hands and feet in the lives of the Appalachian people,” she said. “The first year I attended we repaired the roof for a family. The foundation of a house we worked on was supported by newspapers and trash that they could stuff into the walls of the house. Last year a team went and built an outdoor staircase for an elderly man while another team replaced a window for a family’s home in the community.”

Despite the long road trip to Kentucky, Campbell said that she is looking forward to the journey and plans on going as long as there is a need or she is able.

Tilton agreed and continued, “This mission is a real hands-on immersion experience. People learn and get to see and live the life of someone they would never have met before. I love watching people change on these trips. It’s a real eye-opener to the real problems people are plagued by in this world.”

“Scripture repeatedly calls us to the marginalized and the least, the lost and the last,” said Campbell. “Inwardly it is such a joy to know that we have made a difference in the lives of others. We were created to be generous, and this mission is a wonderful way for all to serve others generously,”

To learn more about the Red Bird Mission visit www.rbmission.org