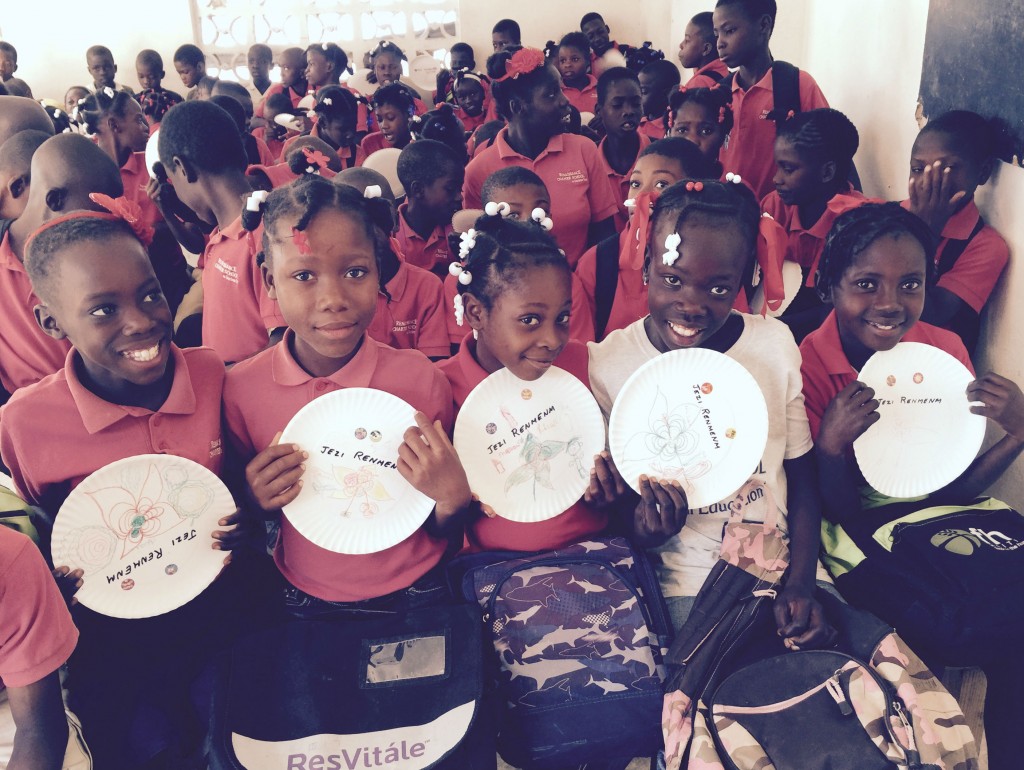 “The water and sanitation situation in Haiti is among the most dire in the western hemisphere,” according to a statement from the World Health Organization.

Thanks to gifts from churches and United Methodist Women groups in Greater New Jersey, United Methodist Volunteers in Mission are addressing this need. GNJ UMVIM coordinator Kathy Ahmad has collaborated with Tom Ford of the Haiti Clean Water Project, a ministry of the Missouri Annual Conference (www.ifyouknewthegift.com) and Gene Vertus of Passion Rescue Mission (www.passionrescuemission.org).

In January, she led a team to Haiti and provided 100 families with water filters. Prior to the trip, Marian Whetstone, a three-time UMVIM Haiti team participant, spoke at various United Methodist events throughout GNJ. She raised more than $4,000 to purchase the buckets and water filters.

Ahmad said the water filters will significantly improve the quality of life.

“In one of the communities, people have to walk for a mile to collect water from a dripping waterfall,” she said. “Now at least the water that they collect will be clean and keep them from developing water related illnesses.”

She explained that clean water means children can go to school because they are not sick, families don’t need to spend their money on medical care to address water related illness, and the use of filters eliminates the need to boil water.

The team went to Francois and Dieque, two communities in the commune of Petionville, a suburb of Port au Prince. Local church leadership identified families in the community who were most in need of the water filters. Project coordinator Rodny Chanteur taught recipients how to assemble and perform the required daily maintenance on the filters. The training was conducted over a four-day period meeting with 25 families each day.

The team also designed a Vacation Bible School (VBS) for the children of the church. Approximately 75 children participated in each session. Team members shared a Bible story that was translated into Creole, led the children in a craft, and taught them to sing “Jesus Loves the Little Children” in Creole and English.

After the water filter training and VBS, the team shared a chicken and rice lunch with up to 100 participants in the day’s activities. According to Ahmad, it was the only meal some of the children ate that day.

Called to Haiti
Ahmad has been leading teams to Haiti since 2010 following a devastating earthquake in the country.

“My heart is for Haiti,” she explained. “There is so much need in a place that is just a few hours from here.”

While there were numerous teams in the first few years after the earthquake, Ahmad said that interest has dwindled and it is harder to put a team together.

“Even though the media has stopped focusing on the devastation, we are called to still respond to the suffering of our sisters and brothers in Haiti,” she said.

Her hope is that as people serve in mission with Haiti, they will return home, sharing stories of their experiences and then each team member would bring a new team to serve in Haiti – multiplying relationships and putting God’s love into action.

In addition to bringing supplies and building relationships, UMVIM teams who serve in Haiti provide much needed jobs. A team of 10 people hires as many as 40 local people working as cooks, drivers, translators, and other positions to assist the volunteers.

How to Help
Churches are encouraged to prayerfully consider how they can support providing clean water in Haiti. Some ideas are:
• Host a community 5K “race for water” along a local river or lake.
• Keep an empty water jug in front of the church and ask members to fill it with spare change each week.
• Organize a youth group to each carry a bucket filled with water for a mile to get a sense of how much work goes into bringing water into some communities.
• March 22 is World Water Day. Challenge members to drink only water for the day and donate the money they normally would have spent on other beverages.
• Invite Marian Whetstone (getwhet@comcast.net) or Kathy Ahmad to share information about Haiti and the need for water.
• Coordinate a team of up to 10 people to serve on an UMVIM team.

If you would like to join a future water filtration mission trip to Haiti, please contact the GNJ UMVIM coordinator Kathy Ahmad at kahmad@comcast.net or 732-865-3730.