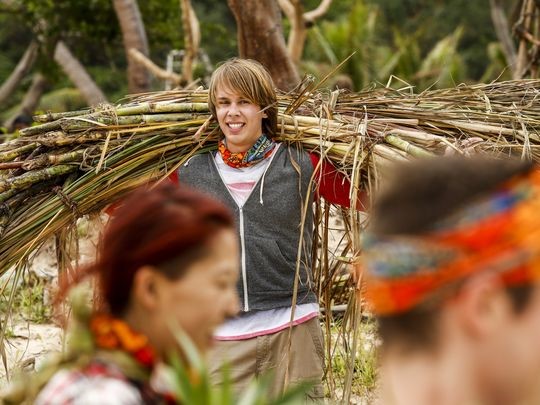 Will Wahl, an 18-year-old from Trinity UMC in Hackettstown becomes the youngest contestant on the CBS reality TV show ‘Survivor.’ Photo provided

The youngest contestant in the history of the CBS reality TV show ‘Survivor’ hails from Trinity UMC in Hackettstown. He also aspires to be a pastor.  Eighteen-year-old Will Wahl debuted in the show’s new season premiere on Sept. 21, representing Long Valley in Washington Township, Morris County.

The TV competition game tests survival skills and is watched by about 9 million people, one of which was Wahl who after seeing ‘Survivor’ season 22 in 2011, became a superfan. He watched all previous seasons while immersing himself in podcasts and message boards about the show.

“’Survivor’ is special for me because it’s like watching a social experiment,” Wahl told CBS News. “I like to see how each contestant reacts, how they thrive or fail.”

A graduate of the Morris County School of Technology, Wahl is currently enrolled in his first semester at Ohio State University where he studies psychology and political science. He hopes to become a pastor in the United Methodist Church, something he always felt called to but only truly understood after a journey to Haiti.

Last year, Wahl approached his Pastor, Rev. Frank Fowler with a “comprehensive” and “professional” proposal to bring water filtration to Haiti. With the help of church leadership, Wahl raised the necessary funds and along with his family and church members, traveled to Haiti in January.

“Personally, all of this was amazing to watch,” said Fowler, who commended Wahl on his thoughtfulness and proactive mission. As a result, the town of Bon Repos, just north of the Haitian capital of Port-au-Prince was benefited by water filtration systems installed at the Light and Peace Mission.

Haiti played a monumental role in Wahl’s life of faith. It was there he saw people who “had nothing, no home, no food, no worldly possessions.”

“But they did have hope,” he said. “They had a faith in God that I had never seen before.” Wahl described attending a Haitian church service where believers displayed a love toward God and others to be unlike anything he had ever seen. Faith and courage in God were something Wahl said he had since his youth but was reaffirmed and made stronger by his experiences in Haiti.

“The people of Haiti taught me that worldly possessions do not equate to happiness, but hope and faith can certainly make one happy,” Wahl said. That moment solidified his calling to pastoral ministry and taught him that sometimes people who are rich in what matter most dwell in the lowliest places.

“I felt called to spread the word of God so that other people could know God’s word and the happiness that only God can give,” he said.

Haiti also played a role in Wahl’s inspiration and preparation for ‘Survivor.’ Contestants on the show go without food, clean water, and amenities, but Wahl says that the people he met in Haiti have it much worse.

“Many Haitians do not have the luxuries that I gave up to play ‘Survivor.’ And by seeing what the people of Haiti are going through every day, it gave me the strength and courage to go on the show,” Wahl said. “I knew God was with me just as He is with the people of Haiti, and that if I keep my faith, everything will be alright.”

Having attended Trinity UMC since 2000 with his family, Wahl credits his middle school Sunday School teachers with inspiring him to become more involved in his faith.

“Instead of just teaching us the Bible, these teachers had discussions with us to help us learn,” Wahl said. “They made learning the Bible relatable and fun. Wahl became a Sunday school teacher and joined a small group. He works as a youth assistant and mentor to Hannah LaBar, a young girl in the church with special needs.

“The excitement for our congregation is that Will is using this national platform to bear witness to his faith,” Fowler said. “The joy of this is his willingness to be a public Christian, publicly acknowledging his vocation choice.”

From watching his favorite show from the comfort of his couch to actually playing the game in the wild, holding the title of youngest ‘Survivor’ contestant has been a unique experience for Wahl.

“It made me want to live up to all of the players who came before me,” he said. Wahl’s official bio statement on the ‘Survivor’ website lists Jesus Christ as his inspiration. He also listed the Bible, a tent, and noise-canceling headphones as items he would choose to bring with him onto the show.

Wahl couldn’t share how he fared on ‘Survivor,’ which was filmed over the summer, but believes Haiti better prepared him for the hardships of being a contestant. The youngest one at that.