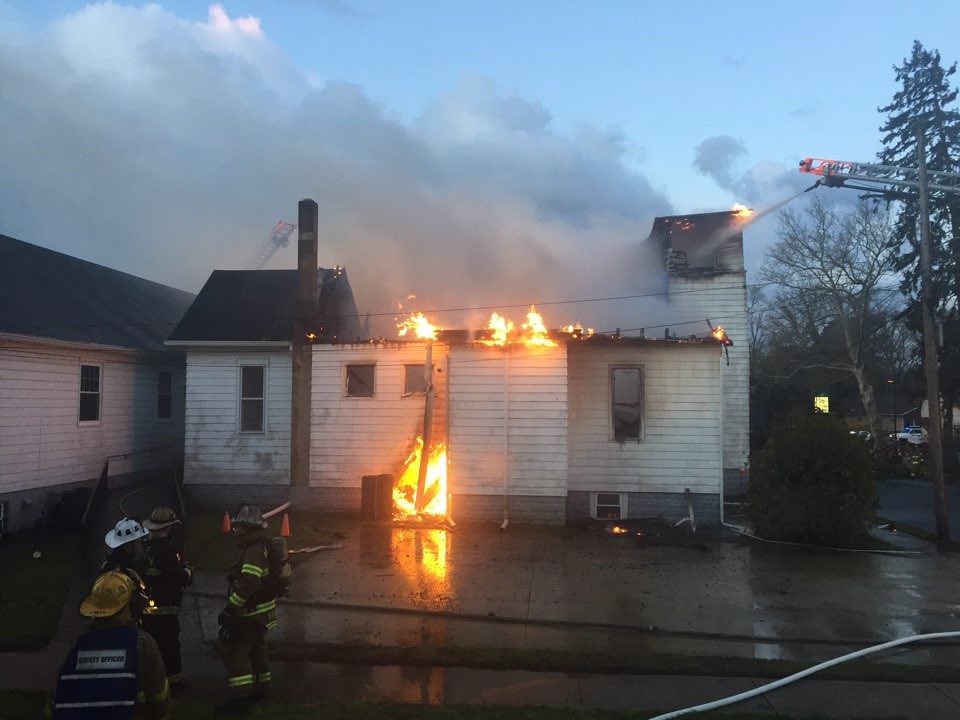 The sanctuary of Mt. Pleasant United Methodist Church in Millville was completely destroyed by a blazing fire early Sunday morning on April 3rd. The Millville Fire Department received a call at 5:23 a.m. on Sunday that the church was engulfed in flames. Apparently, strong winds spurred by the storm knocked down a tree across the street that fell on power lines; sparking the fire from the arcing lines.  Officials say wind gusts of up to 60 mph were recorded as the storm roared through the region. District Superintendent Jisun Kwak was on the scene Sunday morning with Reverend John Mitchell.

“The church’s sanctuary was destroyed by the fire,” said Kwak, “But firefighters were able to save the church’s fellowship hall, which was attached to the sanctuary.”Some fast acting emergency workers helped to save some of the stained glass window and the cross on the steeple.  The rest of the building was a complete loss. The congregation from Mt. Pleasant was immediately embraced by Trinity United Methodist Church also in Millville. “We held a joint worship at Trinity UMC,” said Kwak. “The Trinity community surrounded the Mt. Pleasant congregation with prayer. We will go through this together.” Bishop John Schol called for prayer for the congregation.  “United Methodists are here for each other. We pray for the people of the Mt. Pleasant congregation and the community they serve,” he said, “We give thanks and praise for their neighbors at Trinity UMC and other area churches who have embraced this congregation in their time of need.”

No injuries were reported in the fire at the church, which dates back to the late 1800s.