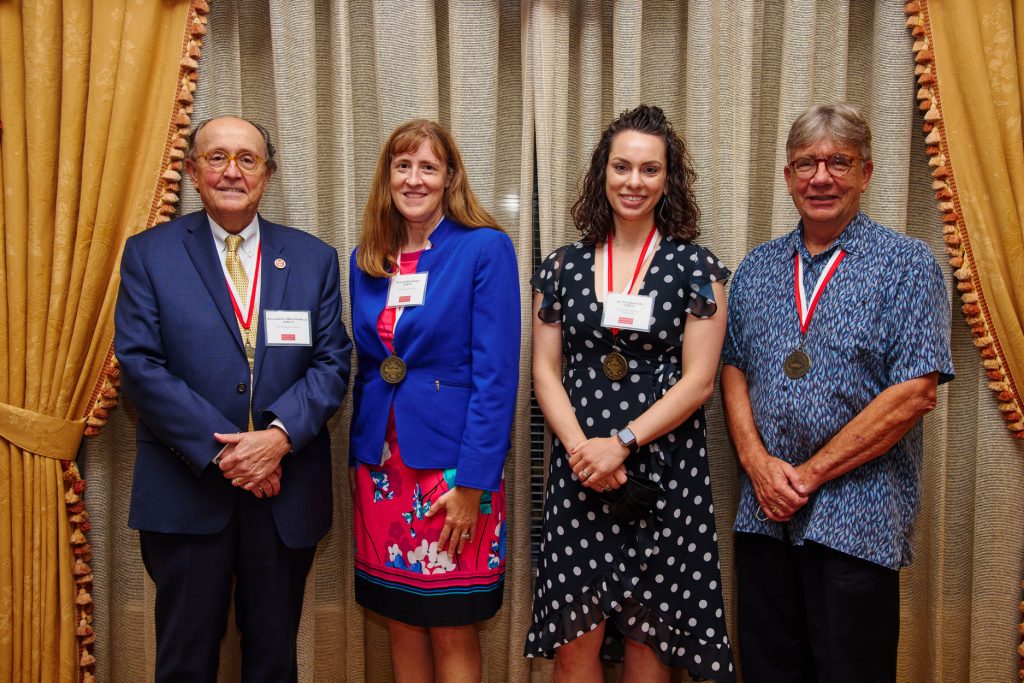 Rev. Heidi Kugler, a GNJ elder and national Chaplaincy Administrator at the Federal Bureau of Prisons in Washington DC was named among the Distinguished Alumni Class of 2021 at Boston University School of Theology.

“It was a little overwhelming,” said the 1997 graduate. “They created a beautiful ceremony. This seminary is close to my heart, as it has continued to nurture and provide a well-rounded seminary experience.”

Kugler, who earned a M.Div. with a specialization in Biblical Studies, is also a certified correctional chaplain with the American Correctional Chaplains Association and serves on the advisory board of the Chaplaincy Innovation Lab, a professional chaplaincy think tank.

“She has the courage and energy to do creative things and survive. She is such a gift to this conference,” said Rev. Patricia Barrett, retired elder of GNJ and former UM Chaplaincy Endorser of the General Board of Higher Education and Ministry.

Kugler has been providing executive oversight to the chaplaincy departments in all 122 federal prisons nationwide since 2015.  Along with her Central Office Chaplaincy team, she seeks to guide religious accommodations across faith lines, policy development, national training, branch hiring, and faith-based reentry for the agency.

“We are all locked up in one way or another,” said Kugler. “I enjoy connecting God’s grace where the needs are to bring about justice and hope. I feel blessed to be part of that.”

Prior to entering the agency, Kugler served as a parish pastor at the UMC in Morristown, as well as a chaplain at the Morris County Correctional Facility. Her previous Bureau of Prisons duty stations included FDC Honolulu as the supervisory chaplain and FCI Fort Dix as the staff chaplain.

But an internship at a state women’s prison in 1996 while studying for her master’s degree in Boston was a pivotal moment in her ministry, Kugler recalled.

“It opened my eyes to prison ministry. It was then when I realized that is where my calling was,” she said. “It’s a tremendous gift to help people transform their lives.” She added that, throughout her career, she has seen some people return to their faith, while others discover it for the first time.

From helping at-risk youth and homeless persons, to sharing God’s love behind bars, Kugler is always impartial in the way that she ministers.

Her focus has remained constant to, “help people claim their God given potential so they don’t have to return to prison.”  Working toward reducing recidivism has been one of her main objectives throughout her career in prison ministry.

But the past year and a half has been a challenging one, particularly in the prison system. “The agency has modified its operations to accommodate the changes brought on by the pandemic,” said Kugler.  She went on to add, “We had to develop new ways to do worship and programming that were both transformative and safe. Much like we saw our churches do, we took ideas from religious groups across faith lines. By continuing to partner with community organizations, we were able to still foster hope and healing.”

Kugler added that in her branch’s quest to meet the needs of the inmates and staff, she and her team also strengthened their care for caregivers through pastoral calls, workshops, and virtual retreats to keep them connected.

Through it all, Kugler follows the teachings of Jesus with humility, compassion, and vigilance, a journey that has shaped her into the distinguished alumna that she is.