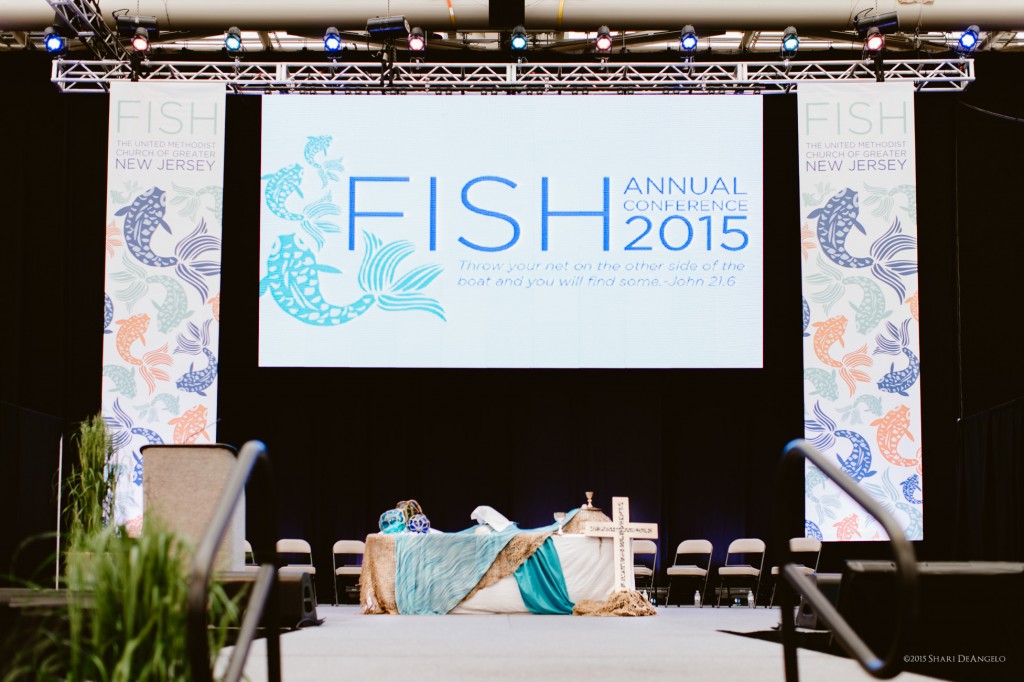 In advance of the legislation being presented, Bishop John Schol invited the annual conference to revise the normal process using Roberts Rules of Order for a process of Holy Conferencing.  The annual conference voted to use a process to break into small groups of two or three people to share how these issues have affected each person individually. Seven questions were presented to start the sharing so that each person had a chance to speak and ask questions.

Bishop Schol hoped the conversations would  keep relationships at the center of the work particularly when discussing controversial legislation.

“We don’t want to be a conference known for agreeing or disagreeing with each other,” Bishop Schol said, “but known for how we love each other.”

The sharing sessions were concluded with singing and prayer.

“There are no winners or losers here,” Schol told the audience. “We are all seekers.”

“It was important that we listen to each other,” said Wen-Ling Lai, the senior pastor at Blairstown UMC. “We can learn a lot more about each other when we take time to listen and hear what they have to say.”

The questions on the big screen were written in a way so that each person would have a turn to talk and share beliefs and views.

“To hear out each other and to hear ourselves, that is how unity will come,” Lai said. “I think we have to continue to listen and to be sensitive to others.”

At least in one case, since the conversations took place before the voting, some people weren’t sure where the other stood on the issue even after talking.

“It was a good thing,” said Fred Harz, a lay member of Elmer UMC. “I had a good talk with one woman and then when it came time to vote, I was surprised she voted yes on all of them. But I think this issue is important.”

It was important enough that about an hour of time was put into the schedule just for the speeches and conversations.

“It is the first time that everyone has had that kind of time to talk about this issue,” said Jennifer Cho, the senior pastor at First UMC in Newton. “It allowed the conversations to be in depth and honest, yet we were able to have a very sensitive attitude.

“I felt the presence of God during the conversations and that we are together as the body of Christ. We need to find a way to keep serving God together.”

As a result of the legislation, Greater New Jersey will bring the resolution to the General Conference for consideration next year.

Regardless of how they felt about the outcome of the vote, most people felt the overall attitude of the conference and the voting process was a step forward.

“I think what happened here helped promote unity and understanding of one another,” said one young clergy person. “We have to be able to have conversations about these things.  It was good dialogue and it helped to promote understanding.”