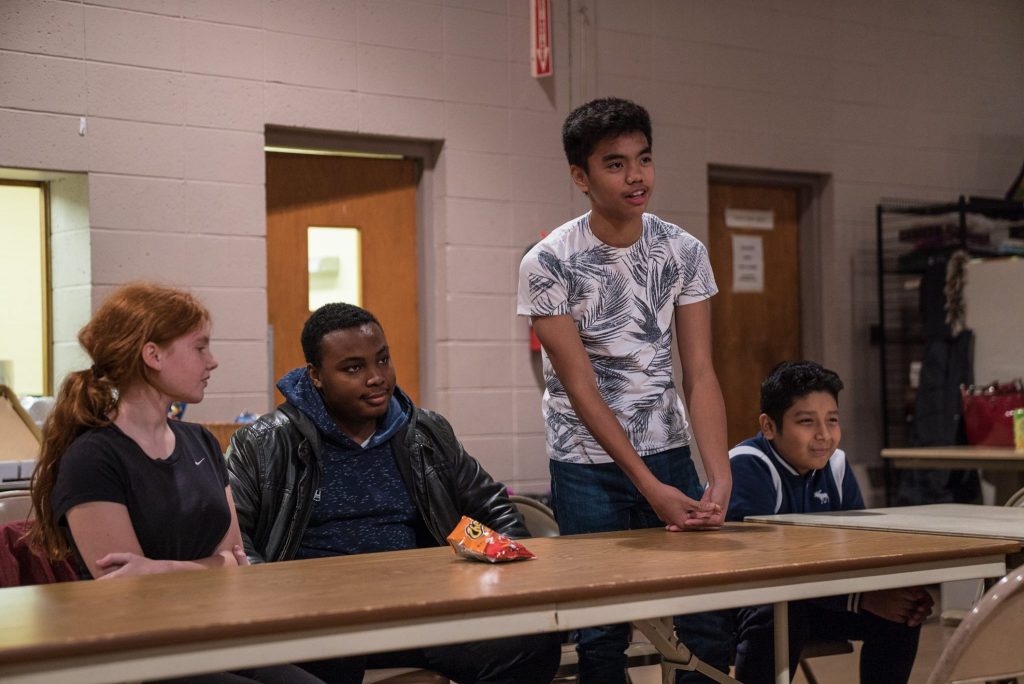 Six United Methodist Churches in Central New Jersey have banned together to create a vibrant youth ministry known as The Youth Collective of the Raritan River. Photo provided by James Lee

EDISON – Their first meeting was only held four months ago but since that time they have already become a vibrant co-hort youth ministry of about 25 students from six small United Methodist churches in central New Jersey. The Youth Collective of the Raritan River was formed on December 1, 2017 at the Wesley UMC in Edison for students in grades six through twelve to have a space to grow in faith in their local communities.

As the brainchild of Conklin UMC Senior Pastor James Lee, also GNJ Manager of Visual Arts, the Youth Collective launched as he began “dreaming of a joint youth ministry with small churches in the geographical area” around Conklin UMC in South River.

“I started calling churches around Conklin and when contacting Pastor Namjo Jin of Wesley UMC in Edison,” said Lee. “He told me that he had been talking with Pastor Federico Quezada of Matawan UMC/Grace UMC in Union Beach about doing something together. We then got together and dreamed up the Youth Collective.”

Each of these small churches found difficulty in having a quality youth ministry without a critical mass.

“Conklin did not have any youth ministry prior to this collective,” said Lee. He added that all of the pastors were struggling with the same dilemma, which was a call to start a youth ministry but only having two or three students in their churches.

“Once all of our paths collided, the rest has been history,” said Lee. “Our group meets the first and third Fridays of every month and a different church hosts the gathering each month.”

Each meeting, only open to students in grades six through 12, begins with dinner, typically pizza and tacos. Games are then led by McArthur-Riccardi with Lee leading music and Jin leading a Bible Study.

“They are building friendships with people of similar age and faith. I hope this collective is allowing them to experience community,” he continued.

The significant success of the Youth Collective of the Raritan River is evident as there are more than 20 students who attend each meeting. Current students invite their non-Christian friends to attend as well and Simpson UMC in Old Bridge has recently joined the group’s meetings.

The Youth Collective of the Raritan River meets the first and third Friday of every month with each church rotating per month. For additional information contact Pastor Namjo at 201-667-9777 or Youth Director Steven Wegrzyn at stevenw1993@msn.com. Interested in starting a Next Generation ministry or collaborating to start one in your church? Contact Next Gen Coordinator Ryan Clements at rclements@gnjumc.org