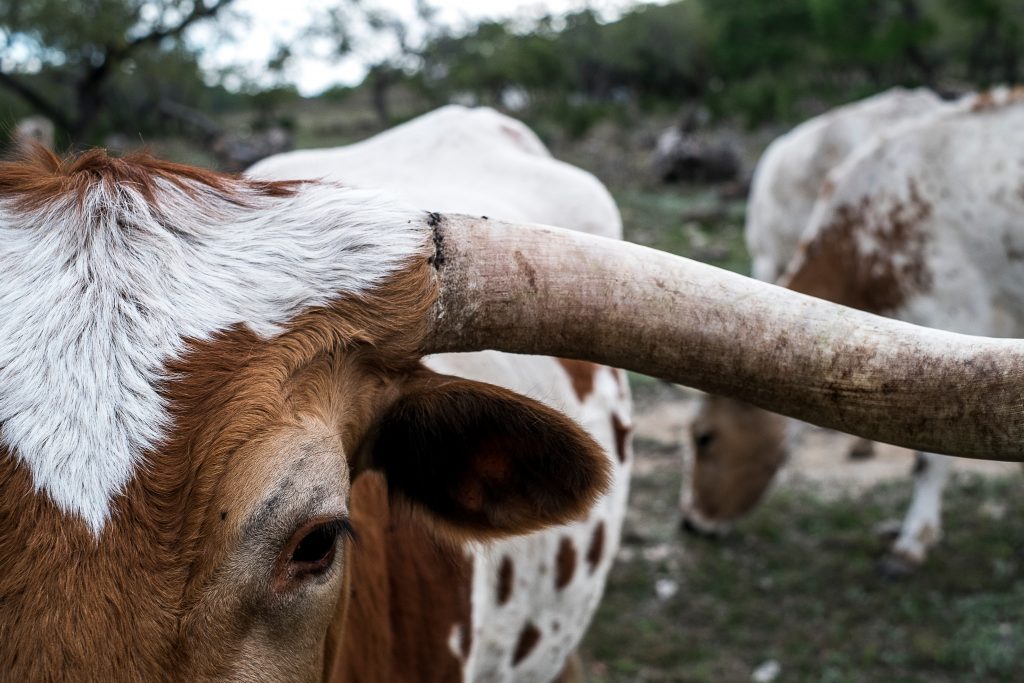 We praise you, God,
we praise you, for your Name is near;
people tell of your wonderful deeds.
As for me, I will declare this forever;
I will sing praise to the God of Jacob,
who says, “I will cut off the horns of all the wicked,
but the horns of the righteous will be lifted up.” Psalm 75: 1, 9-10

As someone who grew up in Texas from 6th to 12th grade, I was ever mindful of the major football rivalries, especially the college contention between the Texas A & M Aggies and the University of Texas Longhorns. In junior high, I remember seeing an Aggie t-shirt with a picture of the Longhorn mascot. The longhorn image had broken horns, with Psalm 75:10 quoted on the back: “I will cut off the horns of all the wicked.” Although I would later become more of a Longhorn fan than an Aggie fan with my brother going to UT Austin, I never forgot that shirt, and it always gave me a good laugh.

But more than making jokes about football rivals we spurn; this psalm actually serves an even better function: pointing us toward a God who acts in the face of injustice and who lifts up those who are facing injustice. Take a moment to reflect on what it means that God is just.

In this psalm, there is a movement from God doing justice to us doing justice. What injustice is standing tall and strong in your eyes, like the horns of a wild animal? What seems hard to conquer or break, but can be taken down with God’s help? Is it poverty? Racism? World hunger? Human trafficking?

The psalmist accepts, with joy, this noble cause of implementing justice. I invite you to take the same movement in your own life. What figurative “horns” will you cut off today? What injustice will you act against for the sake of others who are in need?

Whatever comes to mind, take time to lift those concerns to God. Then, imagine what it would be like for God to break those horns of injustice. Ask God how you can be a part of that breaking, small though your role may be in the grand scheme of things.

Imagine what it would be like if God were sitting on the couch next to you at home or was in the passenger seat of your car with you. Thank God that God is not far, but close and present with you. It is a gift that we can pray and talk to God as if God is a close friend sitting nearby.

Dear God, we come humbly before you to offer ourselves and our praises. Forgive us for when we have failed to stand up for justice. Show us the way to bring about change in your holy name. Amen.