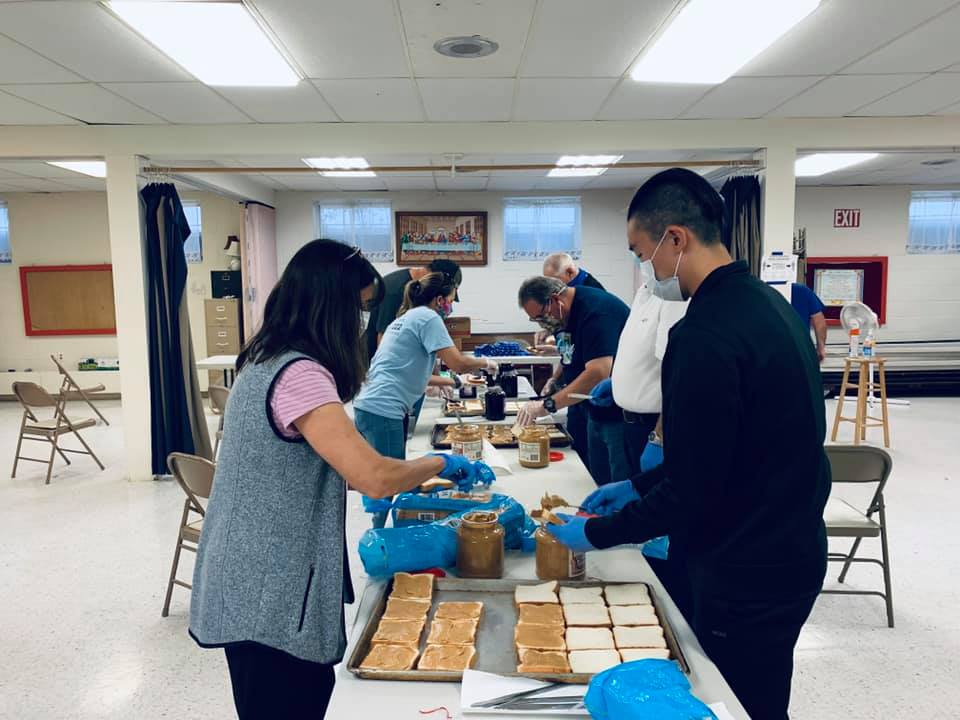 “Never underestimate the power of a small group of committed people to change the world. In fact, it is the only thing that ever has.”—Margaret Meade, a native of Hammonton, NJ

Hammonton, known as “the Blueberry Capital of the World,” sits halfway between Philadelphia and Atlantic City in the Pine Barrens. Although rich in blueberries, it has been a community hard hit by an economic downturn. At the start of 2020 when it was apparent to Cape Atlantic District Superintendent Brian Roberts and some local United Methodist churches that a stronger feeding ministry was needed in the Cape Atlantic District, the Poverty Task Force of Cape Atlantic was revitalized.

“We ended up with a group of people who were hungry to do something, even if it meant giving out peanut butter and jelly sandwiches,” said Dave Dorfman of Grace Union UMC who now chairs the organization with the support of Rev. Tim Conaway of First UMC Hammonton and others.

The task force in the district has been feeding the homeless for years every Saturday through Asbury UMC in Atlantic City.

“But it became more important than ever before to do more,” Dorfman said, referring to the devastating impact the pandemic was having on Atlantic County due to the large percentage of jobs in the industries most affected by the pandemic like transportation and hospitality.

The Hammonton native and U.S. veteran Dorfman knows all too well how the pandemic has impacted the hospitality industry. He has been a cook at Harrah’s Casino for the past 25 years.

Hammonton is home to a large migrant population, so the concern among task force members was that some of them would not be receptive to accepting handouts. But the concern did not dissuade members from moving forward with the ministry.

It worked so well the first time that the team repeated its effort in October as the food insecurity problem intensified in the community. On Thanksgiving First UMC Hammonton provided about 200 meals at its annual holiday dinner.

On December 19, the small but mighty team of churches distributed 65 bags of groceries to 30 families, providing around 10 days of meals for a family of four.

“It is exciting to see the district feeding ministries expand and serve a wider area, involving new volunteers and congregations,” said Superintendent Roberts. “The need is great during this time, and God is providing through hearts stirred to action and generosity.”

The task force is only getting stronger in 2021. On January 23 the team is planning to distribute more food in both Hammonton and Egg Harbor City as its outreach broadens to neighboring towns.

The Hammonton site will be distributing a hot takeaway meal, and the Egg Harbor City site will have bags of groceries, hot soup and crackers being distributed by a new task force partner, the Korean UMC of South Jersey.

“We believe that the church should shine the light of Jesus Christ in the community by serving the people in the community,” said Rev. Leo Park of Korean UMC who added that both adult and youth members of the church will be part of the ministry. “The holistic mission must include not only evangelism but also relief works.”

Park made sure to thank both Dorfman and Kathy Yon who said “yes” to the call as a coordinator for this project.

As Dorfman reflected on the mission and its spread of hope for 2021, he said, “I am blessed to be serving alongside these amazing mission and outreach teams.”