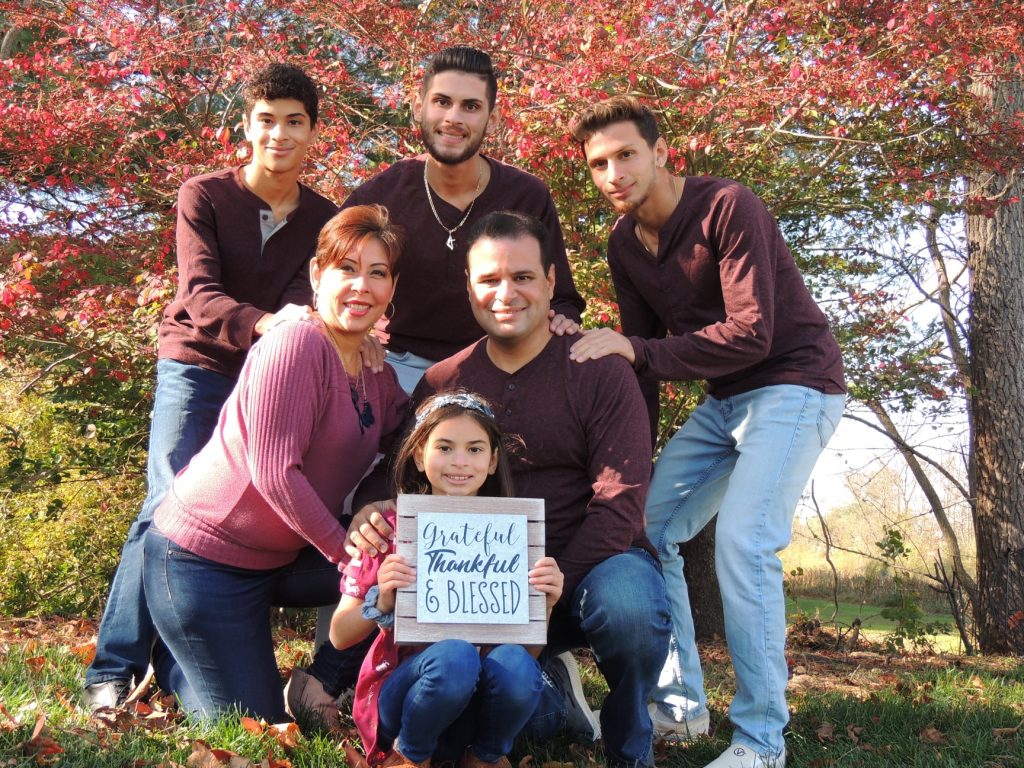 Rev. Hector A. Burgos, district superintendent for the Capital District and southern part of the Northern Shore Districts, calls his story to becoming a pastor “a long journey of self-discovery.” Born in Bayamon, Puerto Rico, he was introduced to Methodism from birth through his mother, who came to faith in her adult years.

From an early age, Burgos was pointed to as “a leader,” but he believed that ordained ministry was never on his “radar.”

But in 2002, he began to feel the Spirit during a missionary trip that he and his wife were doing in North Carolina with a team from Puerto Rico to help launch a Hispanic ministry sponsored by a local UM congregation.

“That was when I first started to feel the Spirit ‘wooing me.’ The night before returning to PR, the pastor shared in tears with our team the following words, ‘if any of you ever feel called to ministry and missionary work, think of the U.S. Our land needs to be re-evangelized for Christ.’ His words haunted me, in a good way, for months,” he said.

Later that year, an opportunity for relocating to New Jersey through his job became available, and in a separate event, someone who did not know about his journey, shared that “God was sending us to a strange land to meet our life calling.”

“So while we moved to New Jersey looking for better professional opportunities, in the back of my head, I knew there was more; I just did not know who, what or when. Once I engaged in New Jersey as a lay person in a UM congregation, I began to gain awareness of how God had been equipping me for leadership in the church,” he said.

“It felt very natural. I served as evangelism coordinator, then as administrator council chair. But it was during a time where our pastor and mentor, Rev. Lucy Martinez fell ill, and I needed to step up to cover the pulpit in my local congregation, that I felt that pastoral leadership was something that God was calling me into.”

I also realized that as a bicultural, bilingual person, I had a unique perspective to share about life, faith and ministry.”

And from that point, Burgos said it has been like “a roller coaster” filled with new adventures, growth, and opportunities to serve and lead in the church and in the community. God was calling him “to share by grace” what he had received.

Burgos, who as district superintendent serves as an extension of the office of the bishop, oversees the ministry of 94 congregations and their clergy, serves as the chief missional strategist for his district, and
alongside the bishop and other superintendents, provides oversight of the spiritual and temporal affairs of the conference.

“I am starting my third year as DS. Prior to this role, I served for five years as director of connectional ministries where I oversaw the ministry life of GNJ, including congregational and leadership development, and local, regional and global missional partnerships,” he added.

Burgos’ educational background includes a Bachelor of Arts degree in Business Administration with a concentration in strategic leadership and marketing from the University of Puerto Rico. He also has a MDiv. from Drew University. Currently, Burgos leads in MARCHA, the national Hispanic/Latino caucus in the Methodist Church as part of the executive team and director of communications.

Burgos, a certified ICA professional coach reflecting on his approach to leadership, said, “I have embraced a coach approach to my leadership, so rather than always being directive, I coach clergy and congregational leaders into self-discovery so they can address their challenges and/or opportunities in ministry.”

Burgos said he has had several mentors throughout his life including his mother, his grandmother and Rev. Irving Cotto.

“I feel blessed, like Timothy in the Bible, that the faith that lives in me, first lived in my mom and my grandmother. They are two very strong influences in my life as a spiritual leader. From my dad, a visionary and savvy businessperson, I learned to find opportunities in places others only see problems. Rev. Cotto was instrumental in guiding me through the candidacy process, and I am like a sponge, always absorbing the best of the leaders around me,” he continued.

“The reality of undocumented migrants in the country triggers my passion for justice and equity in the church and in society.”

Burgos is married to Jazelis Adorno, and they have four children – Fabian, age 23, Joel, age 21, Marcos, age 16 and Valeria, age 12. His wife is a licensed local pastor currently serving in the Crosswicks UMC. She has also served as Hispanic coordinator for the UMW of GNJ and the coordinator for the Hispanic Ministries Plan of GNJ.

“I also have a twin cousin, Ruben Jimenez, who serves as a clergy pastor in PR. We call ourselves twin cousins as we were born on the same day, only 20 minutes apart, ushered by the same doctor, and we are both pastors and musicians,” he added.

Burgos continued that nothing brings him more joy in ministry than a person transformed by the healing love and power of Jesus Christ.

“In life and ministry, I find purpose in connecting with people and introducing them to a relationship with Christ that gives value, purpose and hope and that equips them for transformational discipleship in their daily life,” he said. “This purpose has carried me through the different roles I have served in the church. These are extremely challenging times, and at the same time I am excited to see the new thing that God is doing and am humbled to be a part of it.”