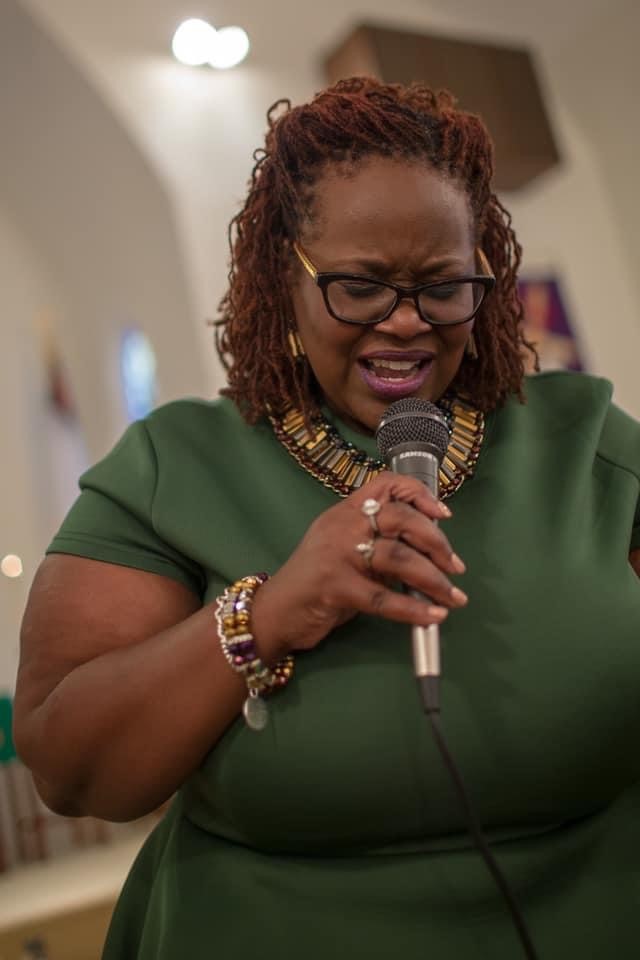 “Just when the caterpillar thought the world was over, she became a beautiful butterfly.”—Barbara Haines Howett

It was 2016, and the now late Rev. Myrna Bethke was on the lookout…as she often was…for a pastor to preach at two small churches in southern New Jersey each Sunday. She wouldn’t be able to pay this pastor, but she could offer this special person a parsonage.

Always the determined disciple, Myrna called Palmer Theological Seminary in Saint Davids, PA, to see if anyone there could help with her search.

The leadership at Palmer decided on a woman named Tiffany Murphy who had grown up in St. Louis, surrounded by a musical family and taught how to sing and play the violin. She had graduated with a dual degree in Music Business Management and Music Production and Engineering from Berklee College of Music in Boston, with the intention of working in the music industry. Her dream was to work on the sound system for a concert with Janet Jackson, the sister of her all-time favorite singer. Tiffany later became the school’s assistant director of admissions, a role she held until 2005. It was also during this time that she was one of the founders of Four Winds Café, a Christian alternative to nightclubs for young adults.

But when the call came from Myrna asking if she would like the job, Rev. Dr. Tiffany Murphy said yes—a yes that made her recall her journey, a call that would later make her thankful for each transformational step she had taken.

Tiffany was commissioned in May along with seven others at the 2021 Annual Conference.

“The ball rolled from there. Myrna was such a big part of my journey,” said Tiffany. “She was the reason I came to the United Methodist Church. I miss her so much.”

The following July Tiffany found herself preaching on rotation for the congregations of both Mt. Zion and Barnsboro UMCs in Clarksboro, NJ. She never left.

“It was a huge revelation. Throughout seminary, I always said I wouldn’t be a pastor. I would write Christian novels and be a motivational speaker for women in ministry,” said Tiffany, who added that she had even studied for the LSATs at one point. “But here I was, a pastor.”

Her calling that had snuck up behind her was now front and center.

“I was mad at God,” said Tiffany, recalling how she felt in her late-20s as she struggled with the loss of her mom. “Then a friend asked me every Sunday to go to church with her for bible study.”

In retrospect, Tiffany realized that God was always moving, and after renewing her commitment to God in 2000, she was ordained as a deacon at Dorchester Temple Baptist Church.

After moving to Philadelphia in 2005, Tiffany received an M.Div. from Palmer in 2005. She was licensed to preach in December 2007 at Mount Olivet Tabernacle Baptist Church (MOTBC) under the leadership of Rev. Dr. Tokunbo Adelekan, a pastor and professor who teaches courses in African American studies and Ecclesiology at Palmer. During this role, she joined the singing group, “Erek Mcfadden and the Praise Alliance” as a soprano in 2013.

In 2016, she finished her D.Min. in leadership and church renewal. Her final dissertation was “Establishing Foundations for Social Engagement: Moving from Conversation To Awareness At MOTBC,” in which she focused on the importance of the church being involved in the issues of their community.

Since then, Tiffany has been involved in the issues of the community as a Black pastor working in a mostly White community. Now the senior pastor at Mt. Zion UMC Clarksboro on Kings Highway, a church rich in history first settled by the Lenni-Lenape Tribe, she admits that it has been challenging but rewarding.

“I’m one of the youngest people in my church. I’ve always been the only Black in my New Jersey congregations. It can be an uphill battle sometimes.”

But the native of St. Louis musters up her indomitable spirit and heart each day to engage with her congregation and small rural community through ministry and mission, or supporting her singing group. Recently, she delivered a sermon on vulnerability, which was well received, and in March Mt. Zion partnered with Family Promise, an organization that primarily serves families with children who are homeless or at risk of homelessness, in an effort to reach a community hit hard by the pandemic.

But, she added, she hasn’t yet been able to share her own reflections or dive into preaching anti-racism, adding “privilege comes in many forms.”

But all along Tiffany has led her life, believing that God wants us to be like the Good Samaritan and do good for others no matter the culture, class or education, that we have been called by Jesus to help others. Her father died in April 2020 following a battle with cancer.

As Tiffany takes each transformative step on her journey at the pace that works best for her, she continues to help and empower others with grace, humor and kindness, getting closer to a metamorphosis that will no doubt be beautiful.