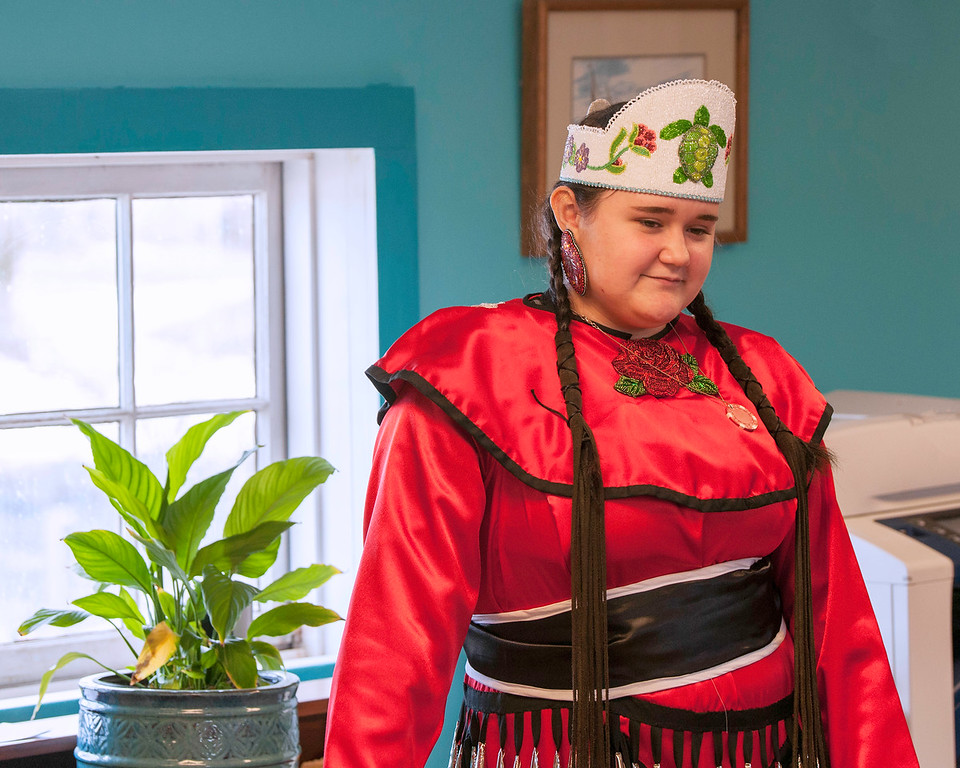 Allie Mosley and another St. John UMC member Teri Hislop spent the day with 5th graders from all over Cumberland  County when they attended the Bayshore Discovery Center’s Wild About Cumberland program. Over 150 children learned about their home environment which included learning about the indigenous Lenni Lenape people. Storytelling and Native flute music prepared the children to meet the Tribal Princess Allie Mosley.  A great day was had by all. Click here to view photos. 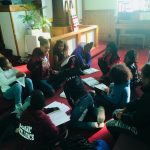 St. John United Methodist Church holds a Vacation Bible School Reunion for the many children who attend VBS in the summer which includes children who visit from other churches in the area as well as the many unchurched children. The reunion continues to follow the St. John’s Native American curriculum. The theme this time was music in the Bible. The children learned that their are 77 mentions of musical instruments in scripture, most frequently mentioning the flute, the harp, the drum, and the trumpet. One of the members in the congregation plays the concert flute, the Native American flute, and the harp and the children were the beneficiaries of her musical gifts. The children also read the Native American story, “The Flute Player”, and created beautiful sand painting art. Twenty five children and fifteen adults including three parents attended. The spirit was sweet in the church that day and look forward to repeating the experience in the spring.

Museum of the American Revolution

On October 18, 2017, 35 Nanticoke Lenni Lenape Tribal leaders and St. John United Methodist Church member visited the Museum of the American Revolution in Philadelphia. The trip was sponsored by the Committee on Native American Ministries (CONAM). The museum reminded us more than 250,00 Native Americans were living east of the Mississippi River during the Revolutionary Era. They formed more than eighty nations and spoke dozens of languages. The decades of political turmoil and warfare which divided Great Britain and its colonies and lead to the creation of the United  States profoundly affected Native people.  Eight major exhibits explore the Native American story throughout the museum. CONAM provides support and education to both Natives and non-Natives to assist in understanding the challenges of cultural retention as church and society change.

A community investigation by bus to explore the story of fugitives, abolition and 18th and 19th century mixed-race settlements in and East of Bridgeton, NJ. This event took place on Sunday, May 7, 2017. Click here to read highlights and view event photos.